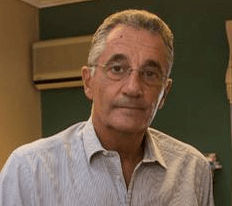 Stelios Stylianidis is Professor of Social Psychiatry at the Department of Psychology at Panteion University in Athens. He is the founder and Scientific Director (1989-2015) of the Scientific Association for Regional Development and Mental Health (E.P.A.PS.Y.). From 2016, he has been working as Scientific Consultant of E.P.A.P.S.Y. (NGO) and since 2020 he has been the Honorary President of E.P.A.P.S.Y.

His past activities include being: Past Vice President of the World Association for Psychosocial Rehabilitation, Greek Counterpart of WHO for mental health, Chief Executive Officer of Children’s Psychiatric Hospital of Attica (2000 - 2004), W.H.O. Consultant (“Nations for Mental Health” Programme), as well as Director of the Community Mental Health Center in Chalkida (1989-1997).

Dr Stylianidis has professional experience (clinical work, research and administration) in France, Italy and Greece. He is a pioneer in Greece in the field of the reform of psychiatric services, linking Primary Health Care with psychiatric services in networking optimization. Dr. Stylianidis’ contribution is also significant in the field of user and carer movement in mental health, both on a state and international level, wherein he has organized and implemented interventions primarily on the institutional level concerning empowerment, application of recovery model, and human rights in mental health. He is very experienced in interventions for the supervision and education of professionals in mental health services, in organisations, in hospitals and in companies.
For the last two years, he has been practicing psychoanalytic supervision for the working group of the Programme for Psychosocial Intervention for Refugees, carried out by EPAPSY for the UNHCR, and he has made a series of conference presentations on the topic of mental healthcare for refugees and migrants.

Dr. Stylianidis has been the author of over 160 scientific publications and has contributed over 180 interventions to the Greek mass media.